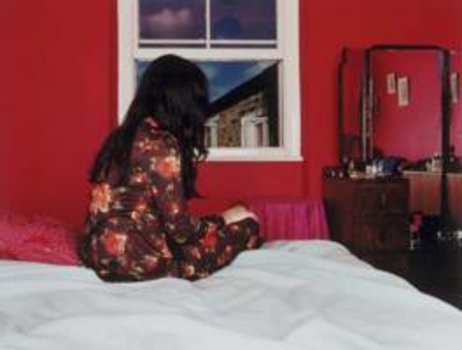 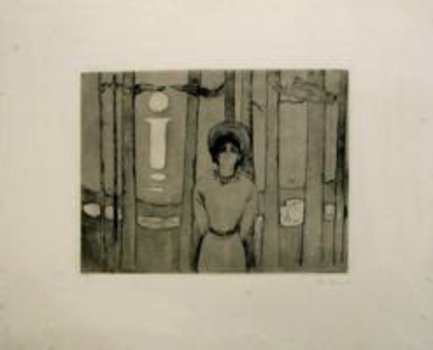 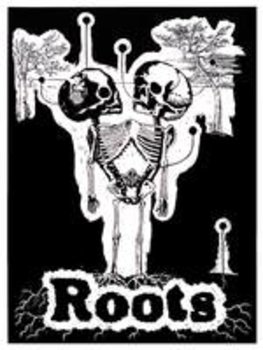 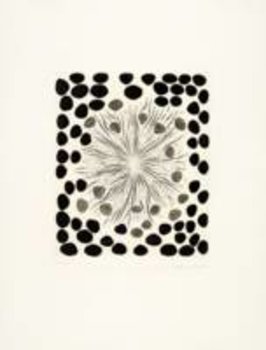 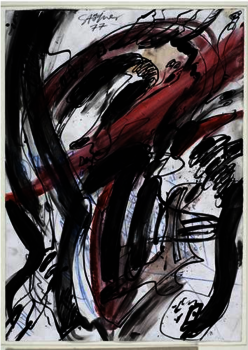 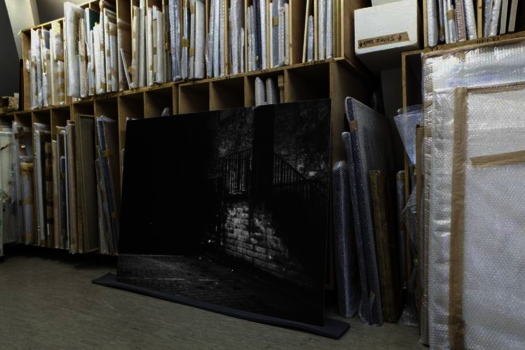 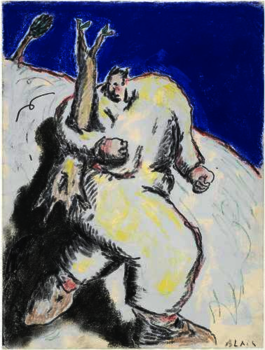 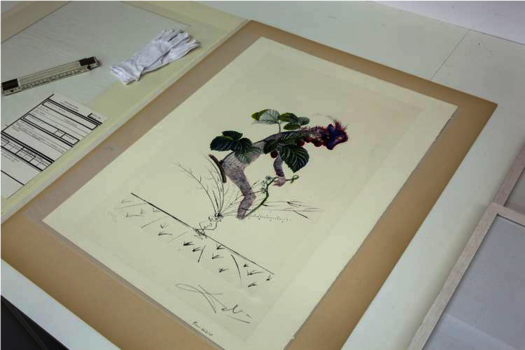 everything but the kitchen sink

Lamps, furniture, bicycles, letter presses, museum pedestals: Mathieu Mercier's artistic output moves back and forth in a masterly manner between the categories of art and everyday culture. Situated within the dynamic field of architecture, design, and the visual arts, it reflects upon the fundamental ideas of Western culture in the twentieth century, especially the concept of Modernism.

Again and again, he refers back to the artistic avant-garde, to heroes such as Marcel Duchamp or Piet Mondrian, and establishes connections with their gestures and pictorial inventions by means of deliberate displacements of apparently ordinary objects from the contemporary world. In a permanent exchange between high and low, Mercier enigmatically poses the question as to the status of objects

oscillating between functionality and artistic freedom from practical utilization when, for example, he takes pipes intended for construction purposes and converts them into benches, or transforms sporting equipment into monstrous light fixtures.

The two institutions will be jointly issuing a catalogue. 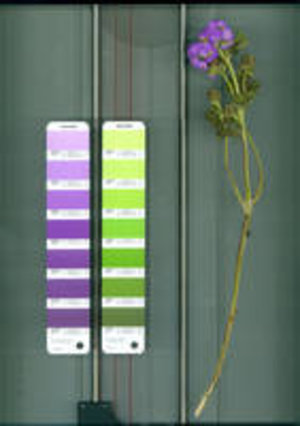 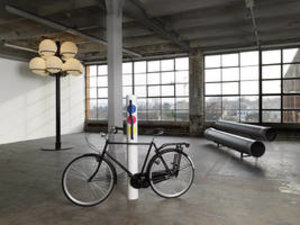 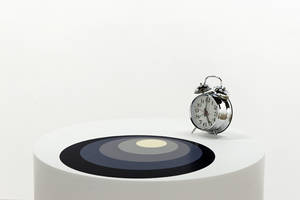 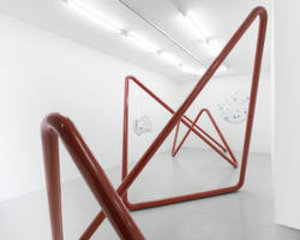 Bringing the subconscious onto paper and designing ambiguous, surreal pictorial worlds: The Galleries of the City of Esslingen present in the Bahnwärterhaus a cross-section of drawings, prints, and photographs from the Prints Collection of the City of Esslingen am Neckar. Right up to today, the artistic investigation of reality sometimes crosses over into the realm of the surreal or the obsessive.

The exhibition probes the fantastical worlds situated between reality and dream. Whether irrational or mystical, obsessive or dreamy, neurotic or provocative—the artistic attitudes are due to pointed approaches. Works from the twentieth century, e.g. by Hans Bellmer, Lovis Corinth or Wols, come into relation with current positions of international contemporary art such as those of Damien Deroubaix, Michael Bauer, or Melanie Smith. 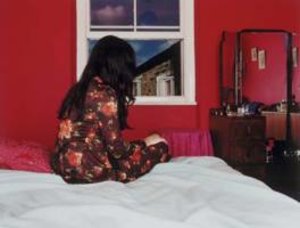 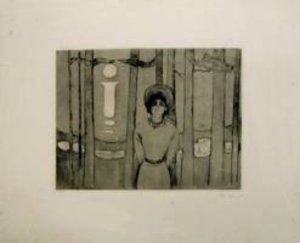 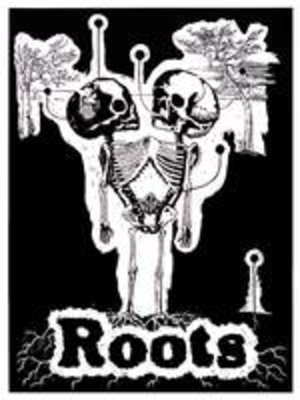 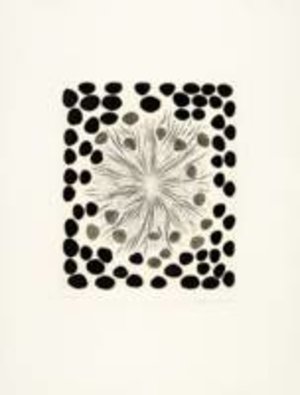 Andreas Schulze develops his thoroughly independent painterly attitude during the nineteen-eighties and continues to give it a distinctive profile today. He initially works in the Cologne circles of the Mülheimer Freiheit and the so-called Junge Wilden. But early on, he distances himself from their expressive, spontaneous, and subjective style. He occupies a unique position in the painting of contemporary art.

The solo exhibition at the Villa Merkel in Esslingen will be divided conceptually into two parts. For the ground floor of the Villa Merkel, Andreas Schulze is developing a large-format spatial installation and is “furnishing” this level of the former residential building with painterly interventions. As with all of the artist's interventions, themes from his paintings will be expanded in the exhibition space. Found objects are included along with his own sculptures and lamps. Factual and fictional spaces thereby become interwoven. Complex relationships are established between everyday objects and ornamental décor, between unconventional lifestyle and bourgeois normality. Andreas Schulze's melancholic landscapes and interiors convey both coziness and menace; they take up the themes of society's striving after security and comfort and of the alienation inherent to the “private” aspect, in which the bourgeois need for harmony turns out to be narrow and restrictive. And this artist always gets down to business with a characteristic wink and profound humor.

Gunter Reski writes: “The painting of Andreas Schulze supposedly has a lot to do with naïve charm. It comes along with an astounding nonchalance.

Andreas Schulze is probably one of the few artists who are capable of painting with an amused shrug of the shoulders. Quite simple and quite easygoing. A little like cheerful puberty on the way toward abstraction, or like a tipsy return from there back toward home... Already during his student days, Andreas Schulze magically pulled his ultimate style out of a hat, and since then he has simply remained true to it. Enchanting, abstract simplifications of the everyday world which do not feel obligated to bring into play either metaphysical superstructures or substructures in visual representation. I mistakenly considered him to be simply the world's best painter of peas... Depictions of human beings do not occur. There are hints of living spaces whose core has been neatly removed, à la broken-home stories, whose non-represented inhabitants perhaps evince a similar number of handicaps and blank spaces, so that one prefers not to show them at all. On the other hand, Mars candy bars, fruit, cobblestones, solariums, tableware, and all sorts of jauntily shaded, geometric, fundamental forms populate his tasteful, spherical progressions of color in the background... The radical simplicity of these pictorial settings continues to be refreshing. Schulze's liberating spoof of what is ultimately a clerical reductionism, not only from America, possesses the strength that his fundamental tomfoolery does not run aground in the shallow channels of parody or charade. Hard to say how he manages to achieve this feat.” 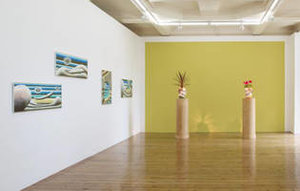 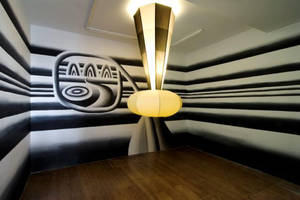 The installations of Ida Ekblad and Les Frères Chapuisat are part of the event program “Offenbar – Interreligiöse Kulturtage Esslingen am Neckar“ and contributions for the project “Garten Eden“ of KulturRegion Stuttgart. 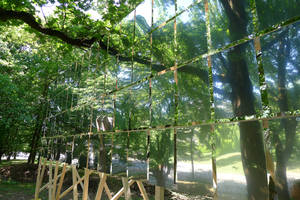 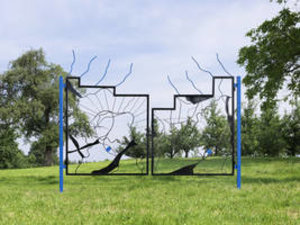 Debut exhibition at the Bahnwärterhaus

Byung Chul Kim draws. In his new, to some extent large-format works, he visualizes stories and thoughts. These are philosophically subtle drawings. The finesse in the graphic execution corresponds to the refinement of the represented thoughts. At the same time, the minutely and meticulously elaborated drawings stand in direct contrast to the furious pace of fashions and trends.

The viewer can gaze in protracted amazement, can grow contemplative in the reflective response to what is offered to view. With a great deal of humor and ingenuity, Byung Chul Kim opens up a space filled with fantasy and with occasionally strange intellectual games. 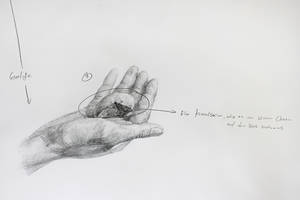 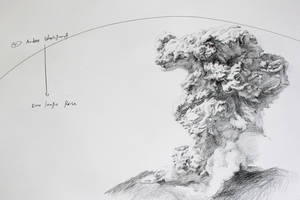 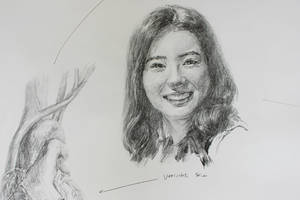 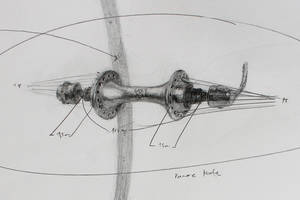 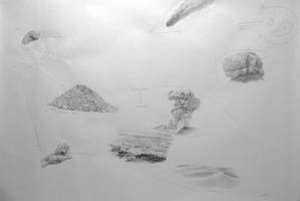 Hamish Fulton, an artist born in 1946 in London, works on an utterly independent oeuvre. It is extremely poetical and bears witness to a distinct, authentic, and cosmopolitan attitude.

For more than forty years now, Hamish Fulton has been transferring the act of moving on foot into an art form―namely the Walks. He creates works of art while walking. He undertakes Walks on all the continents of the Earth, for instance “From Coast to Coast” across the islands of Great Britain. Hamish Fulton transforms the experiences he has during these journeys. On the basis of drawings and photographs collected during the Walks, he designs wall drawings, murals, photographs, texts, and also objects. They may be read as universally valid artistic forms which concentrate the diverse manifestations of the original and immediate relationships of human beings to the Earth, but at the same time they may be understood as a passive protest against urban societies which alienate humanity from nature. “No Walk, No Art” – with this congenial and uncompromising formulation, Hamish Fulton describes his method of working.

He considers the Walk itself already to be a work of art. It arises between the poles of tension and relaxation, concentration and distraction, exertion and recuperation, experience and knowledge. Hamish Fulton seeks insights, not outlooks. For him, the act of walking is also a form of ascertainment with regard to his own person. Thus the artist challenges himself with new tasks during each Walk. 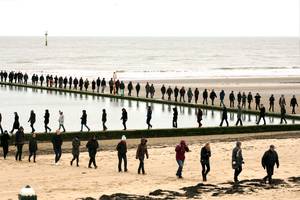 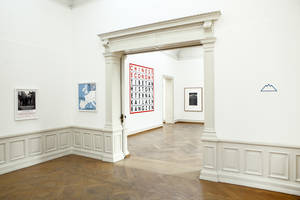 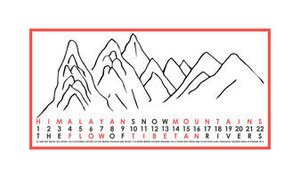 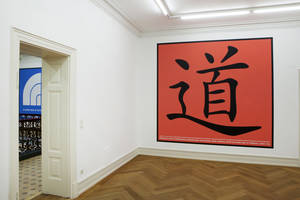