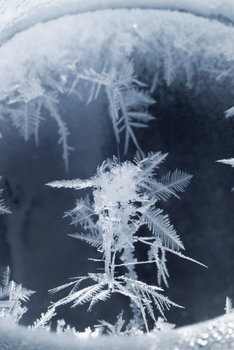 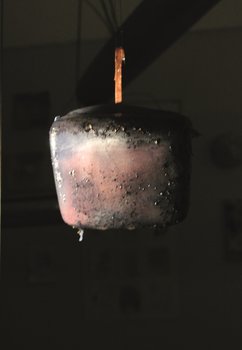 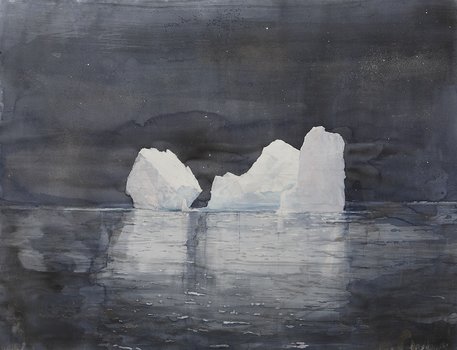 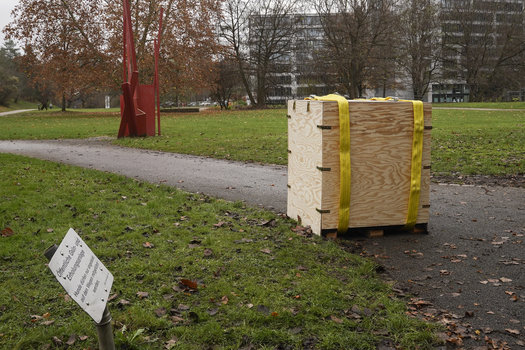 Upon dropping below the temperature threshold of zero degrees Celsius, water changes from a liquid state to the solid form of ice or snow. It is a matter of nothing other than the natural course of things. Nevertheless frozen water is simultaneously a fascinating phenomenon in all its facets and even has the potential to cast a spell on the observer. For centuries, depictions of ice and snow have had an established place in the visual arts. The group exhibition brings together contemporary positions on the theme.

From scientific aggregate state to landscape of romantic yearning past the forces of nature and expeditions by adventurers all the way to the history of ice cream, there exists a wide spectrum of themes which present themselves for discussion in the works on display. The theme, however, acquires a new and disconcerting impact in view of climate change and the world’s ever more apparent dependency on the disappearing ice at the North and South Poles.

As a prelude to the group exhibition, a one cubic meter block of ice was already buried on November 24, 2020 in a first event entitled "The Ice of the Emperors of China" in Merkelpark.

The 1,000 litre block of ice was packed in a wooden crate, insulated with straw, sunk into the ground and covered with soil. In spring 2021, the ice block will be dug up again as part of a spring festival. The burial was accompanied by video documentation and reports on social media channels.

It is an event initiated by the Austrian-Chinese artist Jun Yang. It is based on the myth that Marco Polo had brought back to Europe the knowledge of how to make ice cream for consumption and how to preserve it until the summer. 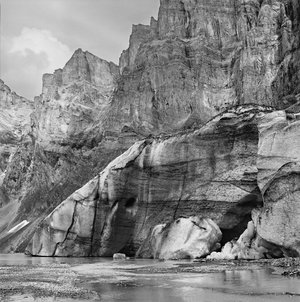 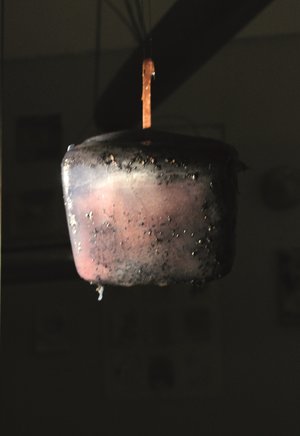 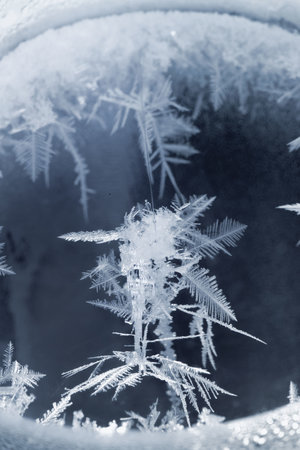 Adolescence is commonly located in youth, but our complex present means that its typical dynamics - negotiations between the individual and society, between self-perception and perception of others, or between emancipation and integration - now last a lifetime. The rapid confrontation with different roles and the light-footed adaptation to constantly changing expectations no longer characterise only "apprenticeship and wandering years", but have become normative requirements that affect us all again and again. Nevertheless, all social groups are by no means equally free to determine their life paths. Media clichés and structural discrimination ensure that many people live and struggle with imposed role attributions and glass ceilings, or are exposed to stereotypical expectations.

The exhibition HOW (NOT) TO FIT IN. Metaphors of Adolescence brings together artistic contributions that open up intersectional perspectives on adolescence, as well as on adolescence as a metaphor, for social dynamics.

In addition, common media narratives are questioned and experiences of discrimination and their overcoming are addressed. In the exhibition, the artistic examination of liberation from restrictive life plans, overcoming predefined paths and rejecting stereotypical role models does not lead to an egocentric self-reflection. Rather, it focuses on social structures and the personal confrontation with them. Through the diversity of artistic references, experiences can be experienced that also lie beyond traditional narratives, creating a multi-faceted, critical and differentiated panorama of growing up, puberty and adolescence.

We thank the Baden-Württemberg Stiftung and the Kreissparkasse Esslingen-Nürtingen for their support.